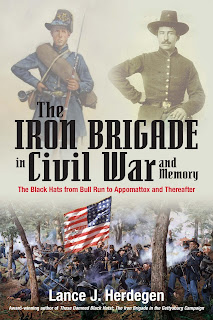 “Named after famed historians Allen Nevins and Douglas Southall Freeman, the Nevins-Freeman Award is the highest honor the Civil War Round Table of Chicago can bestow,” states the Round Table on their website. “It is awarded for an individual’s contributions to Civil War scholarship, and their dedication to the Round Table movement. Past award winners include Bruce Catton, James McPherson. This year we are proud to give this award to a distinguished author and long-time friend of this Round Table, Lance Herdegen.”

“Mr. Herdegen…has demonstrated his scholarship through his published works and his teaching career,” said Round Table president Jonathan Sebastian. “He has also been an active member of the Milwaukee Civil War Round Table…[and] a great friend to the Chicago Round Table. Additionally, he has worked closely with the staff of the Kenosha Civil War Museum sharing both his knowledge and his time contributing to that excellent museum.”

“Lance’s body of work stands on its own,” said Savas Beatie’s Managing Director Theodore P. Savas. “It is wonderful to see this respected organization bestowing this award on him, which he so greatly deserves.”

Herdegen will be receiving the award at the Round Table’s October meeting on Friday the 14 at the Holiday Inn O'Hare (5615 N. Cumberland, Chicago, IL 60631), where he will be delivering the Nevins-Freeman Address. Anyone with an interest in the topic or the era is welcome to attend. For more information: http://www.chicagocwrt.org/index.html. 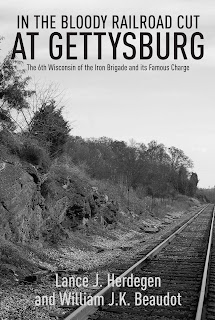 About the Author: Award-winning author and journalist Lance J. Herdegen is the former director of the Institute of Civil War Studies at Carroll University. He previously worked as a reporter and editor for United Press International (UPI), covering national politics and civil rights, and presently serves as historical consultant for the Civil War Museum of the Upper Middle West. Herdegen is the author of many articles and is regarded around the world as the authority on the Iron Brigade. His many book credits include The Iron Brigade in Civil War and Memory: The Black Hats from Bull Run to Appomattox and Thereafter; Those Damned Black Hats!: The Iron Brigade in the Gettysburg Campaign (winner of the Army Historical Foundation's Distinguished Writing Award for Battle/Operational History); Four Years with the Iron Brigade: The Civil War Journal of William R. Ray, Seventh Wisconsin Volunteers; and In the Bloody Railroad Cut at Gettysburg (recently reprinted in paperback by Savas Beatie).

About Savas Beatie LLC: Savas Beatie LLC is a leading military and general history publishing company. Read more about Lance Herdegen and all of his books, including excerpts and interviews with the author: http://tinyurl.com/6r5sega.