Whether you want to read about ancient history, Fredericksburg, WWII, or military wives, you'll find the perfect choice! Click on the image below now to start browsing. 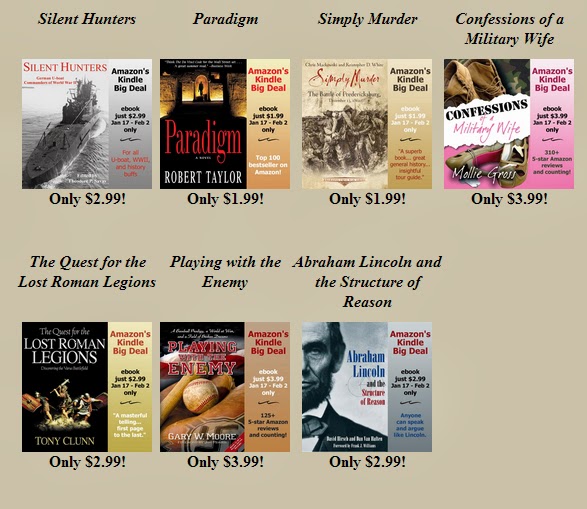 Posted by Sarah Keeney at 5:00 AM No comments: 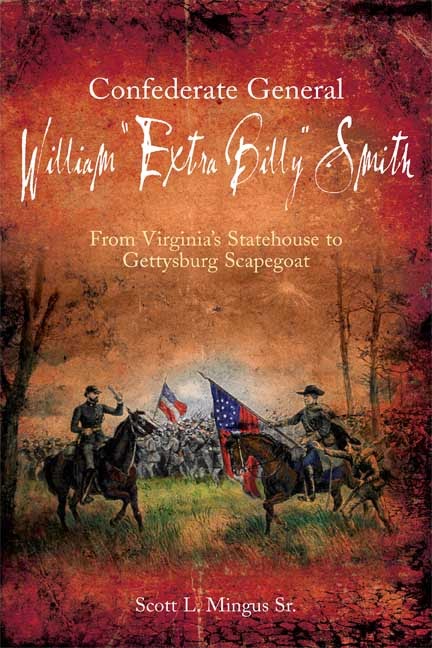 The award is given by the Forrest Cavalry Corps to authors writing on the subject of Southern history ranging from the colonial period to present time. Judges tasked with determining a winner of the award focus on three areas: writing style, depth of research conducted, and contribution to the historiography of the subject.

According to Matthew C. Edwards, Forrest Cavalry Corps Adjutant and Treasurer, Mingus’s book excelled in all three areas. “The book proves to be clear, concise, and well written. It is the type of book that once picked up; it is difficult to put down. Secondly, Mr. Mingus has made extensive use of primary and secondary sources, showing that he has mastered his subject matter, Edwards said. “Finally, Mr. Mingus has made a substantial contribution to the history of the War Between the States. In a day and time where the lives and adventures of many Confederate Generals has been told and retold, Mr. Mingus tells the story of a Confederate General little known to many Civil War enthusiasts, thus breathing a breath of fresh air into a subject not yet explored,” Edwards concluded.

“I am pleased and deeply honored to receive this award for my biography of Extra Billy Smith. He was a colorful character whose career has too long been overlooked,” Mingus said. “Bringing him back to the limelight for modern readers has been a pleasure, and I greatly appreciate the recognition with this award.”

William “Extra Billy” Smith was a shrewd postal contractor, skilled attorney, five-term congressman, Confederate congressman, and governor of during two wars, as well as a Confederate colonel and the oldest general in either army at . Mingus’s biography draws upon a wide array of newspapers, diaries, letters, and other firsthand accounts to paint a broad, deep, and colorful portrait of one of the South’s most interesting leaders and devoted sons.

About Scott L. Mingus, Sr.: Scott L. Mingus, Sr. is a scientist and executive in the paper and printing industry. He maintains a popular blog on the Civil War history of his home in , for the York Daily Record (www.yorkblog.com/cannonball), and is a sanctioned Civil War tour guide for the York County Heritage Trust. Scott is the author of five scenario books on wargaming and together with his wife Debi, published CHARGE!, the leading international magazine for Civil War miniature wargaming.

About Savas Beatie LLC: Savas Beatie LLC is a leading military and general history publishing company. Read more about Confederate General William “Extra Billy” Smith, including excerpts and an interview with the author, at http://tinyurl.com/kcb63g4.

Posted by Sarah Keeney at 4:23 PM No comments: