New Project: "The War of the Rebellion: A Compilation of the Final Official Reports Filed by Union Civil War Generals"

I wanted to share some news about an exciting project we are working on, a digital collection of official reports filed by Union Civil War generals after the war. This project has been in the works for many years (I remember hearing about it years ago when Savas Beatie was just a baby!), and the digital platform is a perfect way to present the compilation. All of the details can be found on Ted Savas’ recent blog post. We will keep you posted as the work progresses.

Also be sure to cast your vote in the poll on the left hand side of the page linked above.
Posted by Sarah Keeney at 8:24 AM No comments:

Robert J. Wynstra Wins the 2010 Dr. James I. Robertson Literary Prize for Confederate History Award for The Rashness of That Hour

PRESS RELEASE: The Rashness of That Hour by author Robert J. Wynstra was selected as the winner 2010 Dr. James I. Robertson Literary Prize for Confederate History award.

The Rashness of That Hour: Politics, Gettysburg, and the Downfall of Confederate Brigadier General
Alfred Iverson
By Robert J. Wynstra (Savas Beatie, 2010)

Chairman Lawrence Korczyk says, “Our prize committee selected Mr. Wynstra's volume due to the superb level of research, rich detail, and lively writing. We, at the Robert E. Lee Civil War Library & Research Center, congratulate Savas Beatie for publishing this excellent study. We would also like to extend our personal congratulations to Mr. Wynstra.”

The Rashness of That Hour is a deeply-researched brigade and battle history about the defeat of Iverson's brigade at Gettysburg on Day 1, one of the most popular topics Gettysburg students and readers discuss.

Drawing on a wealth of newly discovered and previously unpublished sources, the book explores the story behind one of the Civil War’s most notorious blunders. An in-depth analysis of the events at Gettysburg is balanced with an insider’s examination of a brigade that was in turmoil long before its final rendezvous with its July 1, 1863 destiny.

"I am pleased and gratified to receive such a prestigious award. I would like to thank the award committee and the Robert E. Lee Civil War Library and Research Center for selecting my book. Best of all is the confirmation that others find the story behind the demise of Alfred Iverson just as fascinating and informative as I do,” says Robert J. Wynstra.

The Dr. James I. Robertson Literary Prize for Confederate History award is named for Dr. James I. Robertson, Jr., Alumni Distinguished Professor in History at Virginia Polytechnic Institute and State University. Founded in November 1997 and funded by corporate, foundation, and individual donations, the library is staffed entirely by volunteers and is open to the public. It features one of the largest single collections of Civil War material in existence. 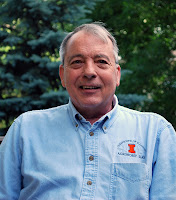 Rob has been researching Alfred Iverson’s role in the Civil War for more than ten years. He is finishing work on a study of Robert Rodes’ Division in the Gettysburg Campaign.


The Rashness of That Hour: Politics, Gettysburg, and the Downfall of Confederate Brigadier General Alfred Iverson

Available at bookstores nationwide and online.

For more information, visit Savas Beatie or the The Rashness of That Hour website.
Posted by Sarah Keeney at 1:17 PM No comments:

Why surveys are important, and how to best use them

Everyone knows what a survey is and most have taken at least one survey in their life. But what actually makes a survey valuable? A survey is a means for a business to collect data about their products and their customers likes and dislikes. Surveys allow a business to quickly collect data from consumers and put a plan in action to improve products.

Of course the goal is not just to administer the survey as quickly as possible. It takes some time to weed out questions that aren't important. When creating a survey, always ask yourself if the questions will benefit you. In other words, don't ask questions that won't give you valuable feedback. Ask questions where customers give more than a simple "yes" or "no" answer. In some cases, a one word answer is fine, but you should always offer a place for comments. One good comment out of a hundred could make the difference in selling a particular product or not.

Savas Beatie recently released a customer survey. The goal of the survey is to improve upon our books in general and the Savas Beatie website in particular, in order to meet customer's needs. All feedback from SB patrons, whether positive or negative, is valuable. We always want to know what we are doing right and what we can do better. The goal of our survey was to encompass a wide range of topics that customers can think about, but the questions mostly pertain to the Savas Beatie website.

Take a look at the survey here, or simply scroll down to the last post. Stay tuned for a results update!
Posted by Sarah Keeney at 8:27 AM 5 comments:

Take our website survey for 50% off any one title!

Greetings from Savas Beatie. We appreciate your taking a few minutes to complete this survey. Your thoughts and suggestions are very important to us. Please feel free to use the "Other" field after each question for your comments, additional information, and explanations.

As a way of saying thank you, within 48 hours of completing the survey, you will be emailed a coupon code for 50% off any one title that we have in stock and receive free media mail shipping as well as an author signed bookplate! Thank you very much! Take our survey here.
Posted by Sarah Keeney at 11:53 AM No comments: